The “Internet of Things” is exploding. It is made up of billions of “smart” devices—from minuscule chips to mammoth machines—that use wireless technology to talk to each other (and to us). Our IoT world is growing at a breathtaking pace, from 2 billion objects in 2006 to a projected 200 billion by 2020.1 That will be around 26 smart objects for every human being on Earth!

Where the Wireless Things Are—and Why

Most IoT smart devices aren’t in your home or phone—they are in factories, businesses, and healthcare.

Why? Because smart objects give these major industries the vital data they need to track inventory, manage machines, increase efficiency, save costs, and even save lives. By 2025, the total global worth of IoT technology could be as much as USD 6.2 trillion—most of that value from devices in health care (USD 2.5 trillion) and manufacturing (USD 2.3 trillion).

A Spectrum of Smart Stuff

Computers smaller than a grain of sand can be sprayed or injected almost anywhere to measure chemicals in the soil or to diagnose problems in the human body.

Fixed and mobile sensors dispersed throughout the city of Dublin are already creating a real-time picture of what is happening, and will help the city react quickly in times of crisis.

These ubiquitous money dispensers went online for the first time way back in 1974.

The Birth of the Web

Computers and modems had been around for years, but only until the World Wide Web made its debut in 1991 were they united to revolutionize computing and communications.

Smartphones can be used to lock and unlock doors remotely, and business owners can change key codes rapidly to grant or restrict access to employees and guests.

Brand-new buildings let owners and occupants “monitor, manage, and maintain all aspects of the building that impact operations, energy, and comfort,” according to the Smart Buildings Institute, which has certified buildings in Saudi Arabia and San Salvador.

As TechCrunch puts it, the ultimate IoT prize “is to become the software platform upon which all vertical applications in the Internet of Things will be built.” Besides SmartThings and Ninja Blocks, Everything is making a play to be the central platform—calling itself a “Facebook for the Internet of Things.”

Stuff Yet to Come

IoT devices are now able to collect data on the human body, but new research is testing our ability to control machines—and even each other—with our minds. This new wireless frontier could yield life-changing and life-saving advances.

Someday soon, connected robots will have the ability to learn from each other and work in teams to increase efficiency and solve scientific problems. 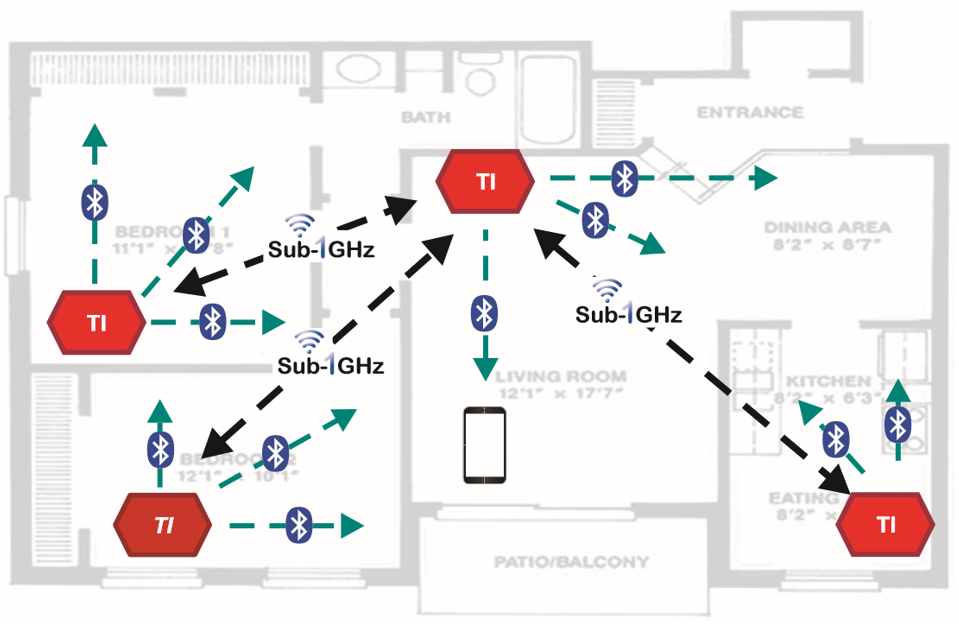 In today’s Internet of Things (IoT) world, there is a multitude of new wireless connectivity applications entering the market each day, propelling the continuous gathering of sensors and interactions. From our smart phone telling us Read more…

Sensor fusion and integrated MEMS are essential tools for today’s athletes     A golfer stands in the dreaded sand trap, carefully considering how to balance his weight as he eyes the ball. He takes a few Read more…