There are four major types of adaptive filtering configurations; adaptive system identification, adaptive noise cancellation, adaptive linear prediction, and adaptive inverse system. All of the above systems are similar in the implementation of the algorithm but different in system configuration. All 4 systems have the same general parts; an input x(n), a desired result d(n), an output y(n), an adaptive transfer function w(n), and an error signal e(n) which is the difference between the desired output u(n) and the actual output y(n). In addition to these parts, the system identification and the inverse system configurations have an unknown linear system u(n) that can receive an input and give a linear output to the given input.

The adaptive system identification is primarily responsible for determining a discrete estimation of the transfer function for an unknown digital or analog system. The same input x(n) is applied to both the adaptive filter and the unknown system from which the outputs are compared (see figure 1). The output of the adaptive filter y(n) is subtracted from the output of the unknown system resulting in a desired signal d(n).

Additionally, the order of the adaptive system will affect the smallest error that the system can obtain. If there are insufficient coefficients in the adaptive system to model the unknown system, it is said to be under specified. This condition may cause the error to converge to a nonzero constant instead of zero. In contrast, if the adaptive filter is over specified, meaning that 3 there are more coefficients than needed to model the unknown system, the error will converge to zero, but it will increase the time it takes for the filter to converge. 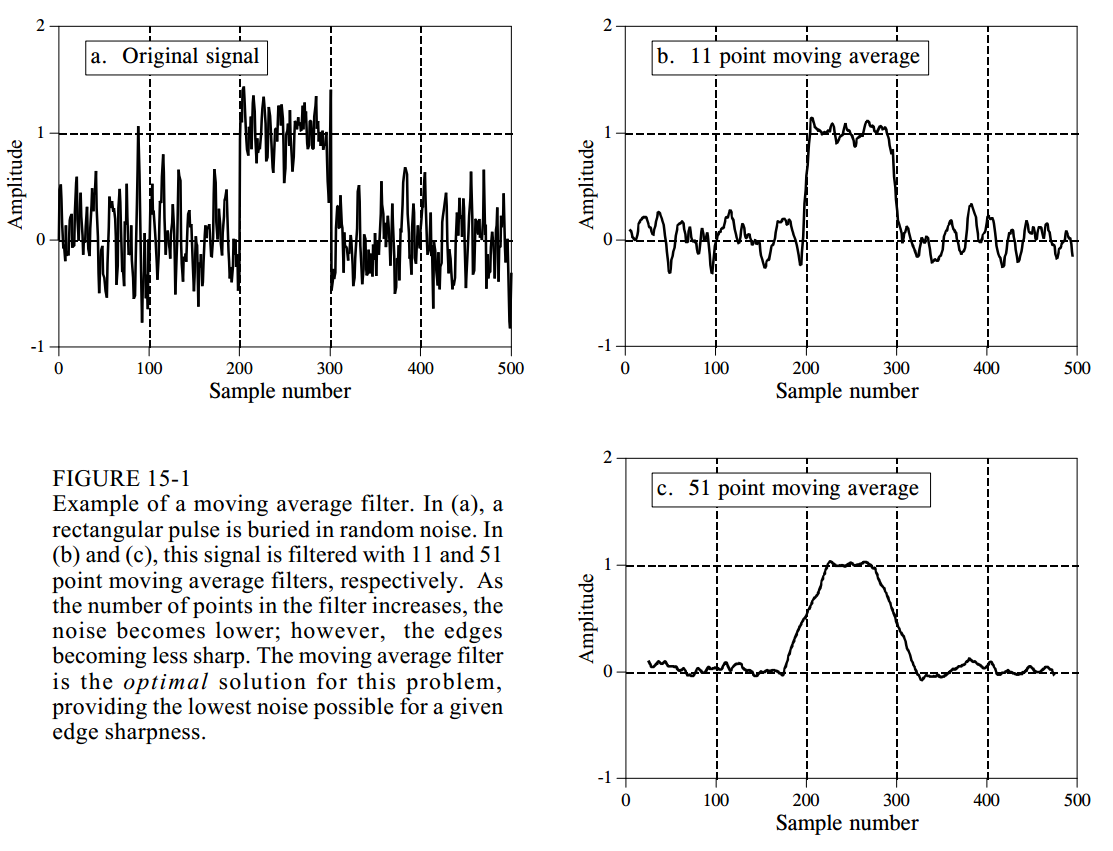 As the name implies, the moving average filter operates by averaging a number of points from the input signal to produce each point in the output signal. In equation form, this is written: Where x[ Read more…